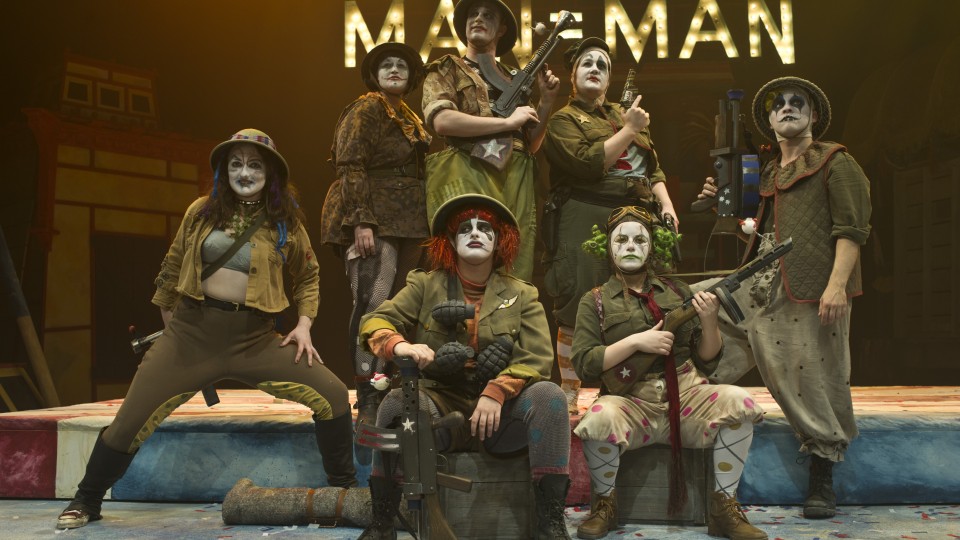 Shannon Smith-Regnier is a freelance costume designer in the Kansas city area.  She graduated from Ohio University’s MFA program in costume/scenic design in the summer of 2011.  She received her BFA in 2008 from Wichita State University in Wichita, KS.  Her recent credits include costume design for the Metropolitan Ensemble Theatres productions of: The Kentucky Cycle (part one and two), The Seagull, and Pride and Prejudice.  The American Heartland Theatre: Making God Laugh, The Hound of the Baskerville, and Nuncrackers.  Music Theatre of Wichita’s 9 to 5, as well as several other productions in both grad school and undergrad.    Her scenic design for OU’s production of The Wonderful World of Dissocia was selected to be part of the USITT Prague Quadrennial display.  She has recently completed an internship in NYC with Martin Pakledinaz working on The Roundabout Theatre Company’s production of Anything Goes. In 2011, she was awarded the Zelma H. Weisfeld costume and technology award for excellence and outstanding potential in the area of costume design by the United States Institute for Theatre Technology (USITT).