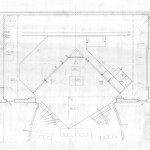 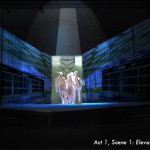 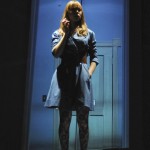 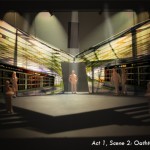 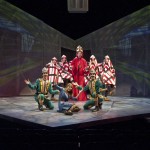 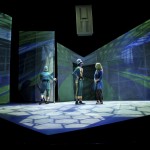 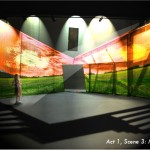 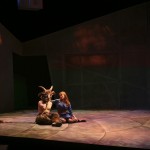 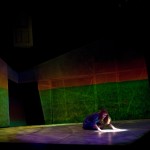 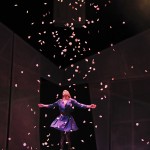 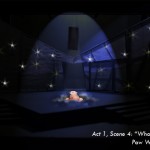 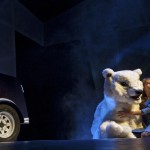 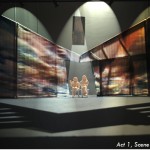 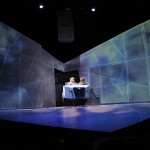 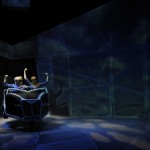 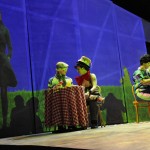 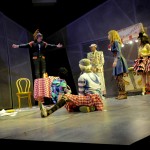 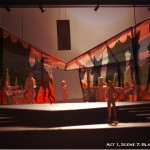 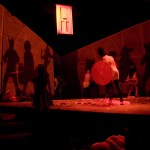 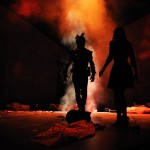 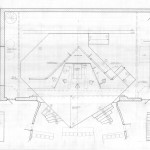 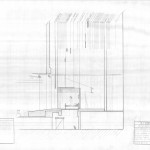 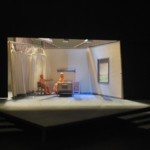 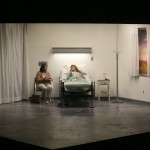 The Wonderful World of Dissocia

For us, the journey began in Lisa’s apartment and physically stayed there the entire time.  For Lisa, who has a mental disorder, the journey was in her mind.  To establish this I chose to use the same walls in her apartment as the projection surfaces in Dissocia, and much like Lisa’s mind during one of her “episodes” have them change and break apart.  We as a creative team envisioned The Wonderful World of Dissocia to move and morph with fluidity, never veering off the path of the journey.  It was imperative for the set to be multi functional in a way that allowed for this fluidity.  The use of scrim, projections, and walls that “magically” opened allowed for the scenes to change without jarring the audience with black outs, and to give it a dimensionality that it at first glance didn’t have.  There was a sense of warped logic in the language and actions of this play that played a big influence in the overall look of this world.  Many of the scenic elements are familiar objects that have been misshapen to give the hint of familiarity.  This was to make Dissocia seem like a place that could exist to the audience.

In stark contrast to the first act, the second act takes the audience, who by now is so emotionally invested in Lisa’s journey, and puts up an invisible wall between Lisa and them.  By investing the audience so much into Lisa in the first act, the loss of Dissocia was as poignant to the audience as it was to the character herself.  We did not want to tell the audience what to believe was right or wrong when it came to mental illness, but to give them a deeper insight into someone who was warring with this disease and to make the judgment themselves.